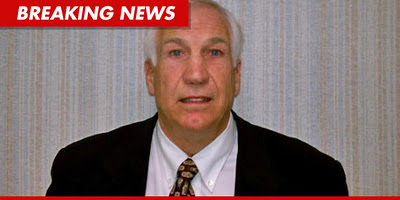 The charges were brought after the new accusers were questioned by a grand jury. Both alleged victims were part of Sandusky's Second Mile charity. One claims he was assaulted in 1997 and the other in 2004.

Attorney General Linda L. Kelly said the two young men, identified as Victim 9 and Victim 10, were allegedly targeted by Sandusky when they were children.

"As in many of the other cases identified to date, the contact with Sandusky allegedly fit a pattern of 'grooming' victims," Kelly said, "Beginning with outings to football games and gifts; they later included physical contact that escalated to sexual assaults."

At Sandusky's first arraignment last month on the original charges involving eight alleged victims, bail was set at $100,000, which he made allowing him to be free on bail. The prosecutor at that time asked for $500,000 bail but that was denied. He is expected to ask for the same bail this time, CBS News has learned.