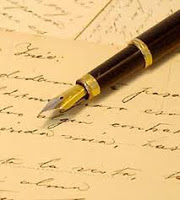 The Sandy Hook Massacre not only remains of interest, two months later, it's still generating international attention!  It seems, rightfully so, as reporting on Sandy Hook was the thinnest ever by mainstream media?   James Tracy shares letter from a retired aircraft engineer in Europe at the Memory Hole.  The aircraft engineer became fascinated on 9/11 with obvious media lies:

"As a retired aircraft engineer, familiar with crash-sites, I realized immediately that no aircraft had hit the ground in Shanksville or the walls of the Pentagon. What intrigued me most, was the obvious media lies spread all over the world. Central control so to speak.

I began to collect information on all these dubious 'terror incidents', mainstream-and alternative media. Now, I kind of regard myself as a person with a 'sixth sense' on these matters."

The writer, sees clearly, Americans are lied to, and shares, "Central Control" spreads them around the world.  The letter offers the aircraft engineer's intuitive sense of the media reports:

"The smoking gun that nothing happened and there are no dead kids, is the guy the police dragged out of the woods, who, we are told, said, 'I did not do it.' This is it!

They needed someone to entertain the thought that a shooting really took place! It’s part of the scam! This suspect, a possible 2nd shooter, we are told, ended up on the FRONT seat of the police cruiser and the CBS TV Crew on the spot did not care to catch him on camera? They made certain, all the radio news broadcasts and some TV stations carried the story during the first hours following the 'incident.'...They had to present A SHOOTER to support their story."

The writer offers other "smoking guns," e.g., little evidence in recent years for presence of Nancy and Adam Lanza in Newtown, CT and the removal of the children's bodies only under the cover of darkness. The present writer doesn't know whether the aircraft engineer is close, but the letter highlights how observers as far away as Europe don't buy into the official story!  It's an internet pastime to create alternative narratives with the few known hard facts!  Does phenomena represent basic human need to fill in gaps, when official story remains woefully incomplete?