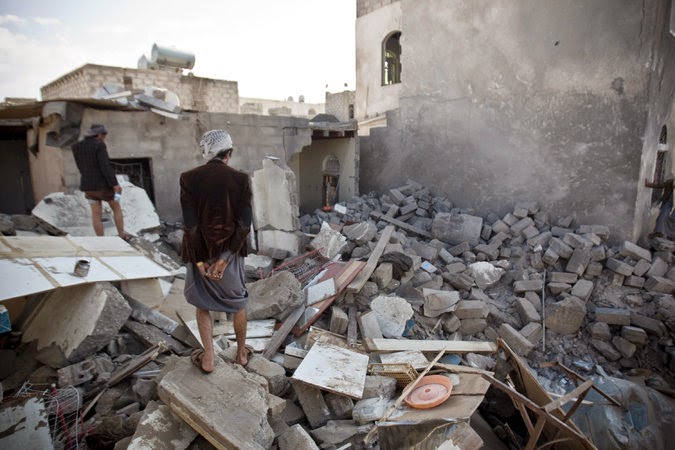 from nytimes.com: The Saudi-led military intervention in Yemen threatens to turn what has been a civil war between competing branches of Islam into a wider regional struggle involving Iran. It could also destroy any hope of stability in Yemen. Even before the Saudis and their Arab allies started the bombing, Yemen was in severe distress; on Tuesday, the United Nations high commissioner for human rights warned that it is now on the brink of collapse.