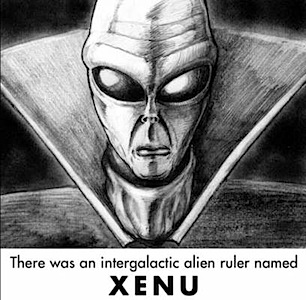 from beliefnet: Scientology has come under a lot of fire in the past year, as the St. Petersburgh Times, CNN and other media outlets - helped along by Anonymous, a kind of WikiLeaks of the organization - have investigated shocking allegations of physical, mental, emotional and financial abuse claims made by former members.

Now there's a stunning cover story in The New Yorker - quite long, but worth reading - about Scientology, prompted by the public defection of Oscar winner Paul Haggis from the church/cult... This story is making global news. (After all, as actress and devoted church member Anne Archer claims in the New Yorker piece, the church is in 165 countries.)...

Rolling Stone magazine has republished its 2006 article on Scientology - a reminder that this stuff is not entirely new information. My two cents: On the one hand, Scientologists are correct in noting that any young faith tends to be misunderstood and labeled a cult.

On the other hand, the organization's convenient emphasis on gradual revelation (you don't get to find out the central teachings until you've invested a fortune in time and money - at which point, most people won't suddenly cut and run), its uneducated and isolated workforce, the practice of encouraging members to cut off ties with doubting parents, etc. - paints a disturbing picture. To paraphrase Haggis in the New Yorker expose: if only a fraction of these allegations are true, isn't that indefensible?