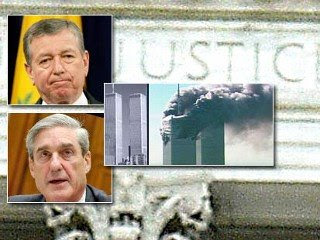 from reuters: The Supreme Court rejected on Monday a lawsuit by a Pakistani man against a former U.S. attorney general and the FBI director claiming abuse while he was imprisoned in New York after the Sept. 11, 2001, attacks. By a 5-4 vote, the U.S. high court overturned a ruling that Javaid Iqbal, who was held more than a year after the attacks, could sue former Attorney General John Ashcroft and FBI Director Robert Mueller. The decision appeared to be narrow, limited to the facts of the case, although it could be cited as precedent in other lawsuits. The civil case involves different legal issues than the recent demands by human rights groups to hold former Bush administration officials accountable for what they describe as torture of terrorism suspects. Iqbal, a Muslim, said in the lawsuit that he had suffered verbal and physical abuse, including unnecessary strip searches and brutal beatings by guards. He said he had been singled out because of unlawful ethnic and religious discrimination. Writing for the Supreme Court's conservative majority, Justice Anthony Kennedy said Iqbal's lawsuit failed to plead sufficient facts to state a claim for purposeful, unlawful discrimination. Kennedy also ruled there was insufficient evidence that Ashcroft and Mueller had deprived Iqbal of his clearly established constitutional rights.

but on a positive update: scotus upholds medical marijuana law