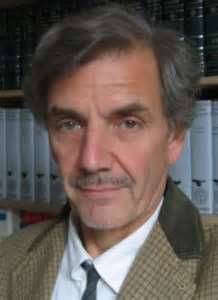 Michael Hoffman II of revisionisthistory.org captures spirit and guile of the Illuminati AKA Occult Cryptocracy like noone else! The author of "Secrect Societies and Pscyhological Warfare (2nd edition pdf)," now, in its fourth printing, suggests the Group Mind of the masses is processed primarly through psychodrama. "In the course of receiving the establishment's reports and accounts of Jack the Ripper, the Hillside Strangler, Son of Sam and the Unabomber, a mental virus is implanted in many percipients," observes Hoffman, "there is a dark poetry to ritual murder...." Hoffman shares belief Son of Sam, the Unabomber, John F Kennedy, et al, were ritual murders with intent to make mankind more manageable by "mass suppression of spirit, mind and soul." The Occult Cryptocracy has been at work, since the times of John Dee and Rosicrucians, when alchemical command dogmas were literary works. The more recent cases (i.e. ritual murders) are "nothing more startling than a campfire story, only the campfire is the crackling electrical current of a television..."

Hoffman sees occult agenda in a period termed, "revelation of the method," having moved into this phase, some time ago. A 2006 article by Hoffman, "Revelation of the Method and the Murder of Spirit," provides evidence, in fact, this is the case. It's a bold article on 9/11:

"In the June 5, 2006 edition of the New York Times, there appeared...an illustrated report on the concept that the 9/11 terror attacks were US government-sponsored. The article was titled 'For 9/11 Conspiracy Buffs, A Chance to Compare Notes.' It was reported by Alan Feuer. If we were not in the alchemical 'Must Be' stage of the 'Making Manifest of All that is Hidden' [AKA Revelation of the Method] era, then this NY Times report would have never seen print, or the reporter would have merely poked fun, or suggested that 9/11 conspiracy investigators are fit mainly for the booby hatch...."

"The anomaly that is the collapse of World Trade Center building 7, which was not attacked in any discernible manner, but mysteriously fell anyway, was cited rather than avoided. Also noted by the Times are incendiary topics such as the collapse of the World Trade Center towers through 'controlled demolition,' and the fact that 'the military command that monitors aircraft "stood down" on the day of the attacks.' This is just the sort of sensitive, hidden data that ought to make the Cryptocracy squirm, unless the Cryptocracy itself approved its release for purposes of Revelation of the Method...The June 5 Times report is unprecedented; it should have made huge waves: Bush's press secretary should have been asked about it, Ann Coulter should have been confronted; Prof. Jones should have been on all the news networks. The New York Times should have editorialized. Instead, just a few tiny blips of reaction on the media screen and then, flatline."

The Cryptocracy relies on big gambles and perseverance, they seem to be winning:

"When the New York Times, an organ of the System itself, strongly hints that the US government is complicit in the murder of thousands of its own citizens - - and as a result of this revelation there are no sustained street protests, mass rallies, riots, pickets, lawsuits, televised hearings, booing and hissing of Rumsfeld, Cheney, Bush and Ashcroft whenever they attend public forums; no special investigations by the newspaper and television journalists - - then murder of our spirits is taking place on a mass scale and the Cryptocracy's gamble in revealing this information, is paying off."

Hoffman describes people's response to the news as "...a less-than-human response, a result of the alchemical processing of humanity, the devolution from angel to beast. There you have it, a page from the real-time psychological warfare manual of the Cryptocracy." The heretical writer believes mankind, is sadly, well down path of devoluton to becoming subhuman beasts.

What can we do about it? Should we point fingers to expose agenda? Well, it's a much trickier proposition than just publishing an expose, and hoping, the shamed will make things right.  Hoffman believes this is hardly the case, an expose represents an important part of alchemical process.  Our reaction to any expose is critical, and possibly, the final kiss of fate.   Hoffman suspects, if we remain silent, our lack of response proves tantamount to consent - a voluntary agreement to even greater bondage:

"If the truth of what the cryptocracy has perpetrated is grasped and acted upon, the consequences for the conspirators will be annihilation. But if the people fail to perceive the truth or fail to act on their perception, thus rendering unto the Process a kind of tacit consent born of apathy, amnesia and abulia, the consequence for the conspirators will be a giant-step in the advancement of their system of control, that is to say, ever tighter bonds of enslavement for humanity."

The only question remaining, will there be any push-back by the people or will they "go gentle into that good night" to their extinction?  Please take in recent Truth Jihad Radio show, host Kevin Barrett interviews Michael Hoffman at the one hour mark.  You will never be the same after reading Hoffman, whose unique style fascinates a reader's mind and spirit!