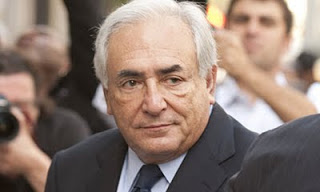 from guardian: Dominique Strauss-Kahn, one of France's leading politicians, has walked free from a New York courtroom after a judge ordered the dropping of sexual assault charges against him for allegedly attacking a hotel maid. The move could resurrect his seemingly dead political career in France, and almost brings an end to a dramatic legal tussle that has gripped both sides of the Atlantic. The judge, Michael Obus, told the packed court he would comply with a request from the prosecution to throw the case out. "The indictment is dismissed," he said.