sigg bottles had bpa all along 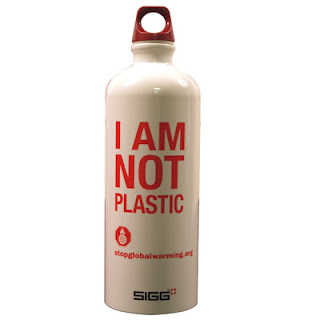 from ecochildsplay: SIGG bottles, long upheld as the standard by which all non-plastic drink bottles should be compared, favourite of hippies and eco-gurus, juggernaut and arguably the biggest player in the metal bottle industry, has finally fessed up.

Their “water-based epoxy liner”, long rumoured (but never confirmed) to contain BPA, indeed had BPA all along.

SIGG kept this cozy little secret by constantly releasing reassuring statements that their proprietary formula had been extensively tested and was never found to leach BPA.

The subtle truth hidden in their messages was that they never said there was no BPA in there to begin with. But now, one entire year after changing their liner to a new “EcoCare”, BPA-free formula, they are now admitting what so many have suspected all along.

Did they lie to us? Not as such, not precisely. Did they deliberately deceive us? I say most certainly so. How many thousands of consumers bought SIGG bottles specifically in response to the BPA scare? How many would have bought them if we had been told “yes our bottles have BPA but it doesn’t leach?” There is no doubt in my mind that SIGG was working entirely on a model of protecting their own bottom line, not protecting our health or public confidence.

The fact that there has never been any test that showed BPA leaching from SIGG bottles means that those of us who have used them extensively, even with our children — I was an “early adopter” of metal bottles and favoured SIGGs over other brands almost exclusively — don’t have to panic that we’ve had dangerous exposures.

But we are left with shattered faith in a company we thought we could trust, that we could look up to as a beacon of eco-friendly and healthy product designs in a marketplace infested with dangerous, toxic, profit-driven crap.

Once again, in our attempts to live eco-friendly lives, it seems we can’t win and are betrayed by corporate interests. All aluminum bottles must have some sort of protective lining, and non-SIGG cheaper knockoffs have been shown to leach BPA. Perhaps the best solution is to stick to non-aluminum, stainless steel options such as Kleen Kanteen. Which are, of course, Made in China.

TAGS: bpa, made in china