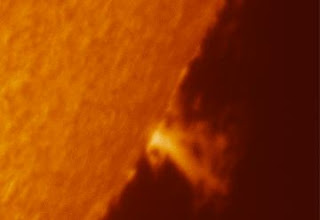 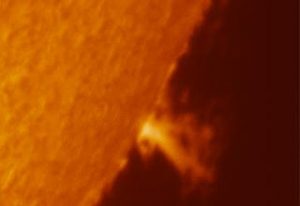 A burst of solar activity this past week generated, also, dire warnings such as, "Catastrophe Looming? The Risks of Rising Solar Activity," at SPACE.com. The present writer is left with the impression of covert preparation for tragedy, an inculcation of sorts, in such warnings. "'Even if this is a really lackluster solar cycle — as it looks like it's shaping up to be — that doesn't mean you can't have a real bell-ringing event,' said Joe Gurman of NASA's Goddard Space Flight Center, project scientist for the agency's sun-studying STEREO spacecraft." An element of possibility is planted in a reader's mind, even while acknowledged there's a lack of any clear threat.

Is it just recognition of a remote chance, as the Solar Max of 2012 is anticipated to be the largest in years, or something more? The average citizen would never question the official explanation for a knock-out punch of the nation's power grid. It would likely never come to mind to ask, whether the source was a solar flare, coronal mass ejection or an EMP event from a weapon? Is it an ingenious coupling of natural and artificial sources in a predictive program to prepare us for tragedy in the making!