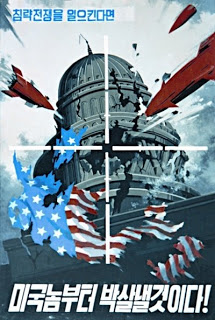 from afp: The US military on Sunday disputed North Korea's claim that it had launched a satellite into space, saying "the payload itself landed in the Pacific Ocean... Stage one of the missile fell into the Sea of Japan," the North American Aerospace Defense Command and US Northern Command said in their brief account of the North Korean rocket launch. "The remaining stages along with the payload itself landed in the Pacific Ocean," the commands said. "No object entered orbit and no debris fell on Japan." South Korea also said the satellite which North Korea claimed to have launched Sunday did not enter orbit. "All three stages of the rocket fell into the sea. No object entered orbit," South Korean Defense Minister Lee Sang-Hee said. "It was a failed attempt to put a satellite into orbit."

from wsj: U.S. intelligence agencies are capitalizing on North Korea's weekend rocket launch to advance proposals to deploy two new spy satellite systems estimated to cost a total of about $10 billion, according to government and industry officials. Arguing that the U.S. faces a future gap in advanced, high-resolution imaging capabilities, Director of National Intelligence Dennis Blair and Defense Secretary Robert Gates last week asked the White House to approve plans to build a pair of large, cutting-edge spy satellites along with two smaller, less-expensive models commercially available today, these officials said. The aim is to get the simpler satellites into orbit first to maintain U.S. space surveillance efforts, and then develop and launch the more-capable follow-on constellation.