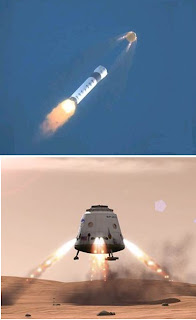 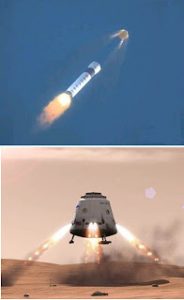 What can $75 million buy these days? The Daily Galaxy reports the answer: "NASA’s Commercial Crew Program awarded SpaceX $75 million in April of last year to begin work developing the escape system in order to prepare the Dragon spacecraft to carry astronauts. Less than nine months later, SpaceX engineers have designed, built and tested the engine." You can view SpaceX promo video of Super Draco Engine. The tests were conducted at SpaceX's Rocket Development Facility in McGregor, Texas, where "...the SuperDraco sustained full duration, full thrust firing as well as a series of deep throttling demonstrations... SuperDracos can also be restarted multiple times if necessary and the engines will have the ability to deep throttle, providing astronauts with precise control and enormous power. In addition, as a part of a recoverable Dragon spacecraft, the engines can be used repeatedly, helping to advance SpaceX’s long-term goal of making spacecraft more like airplanes, which can be flown again and again with minimal maintenance between flights." It sounds impressive, but the video provides more glitz than a sober assessment and fails to convince. The announcement does instill the hope, however, that space is not a moribund industry within the United States!