US Govt Secretly Spying On Everyone Using Civilian Security Cameras* 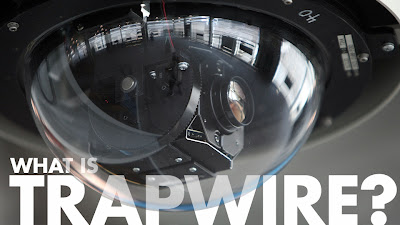 from rt.com: Former senior intelligence officials have created a detailed surveillance system more accurate than modern facial recognition technology — and have installed it across the US under the radar of most Americans, according to emails hacked by Anonymous.

Every few seconds, data picked up at surveillance points in major cities and landmarks across the United States are recorded digitally on the spot, then encrypted and instantaneously delivered to a fortified central database center at an undisclosed location to be aggregated with other intelligence. It’s part of a program called TrapWire and it's the brainchild of the Abraxas, a Northern Virginia company staffed with elite from America’s intelligence community. The employee roster at Arbaxas reads like a who’s who of agents once with the Pentagon, CIA and other government entities according to their public LinkedIn profiles, and the corporation's ties are assumed to go deeper than even documented.

The details on Abraxas and, to an even greater extent TrapWire, are scarce, however, and not without reason. For a program touted as a tool to thwart terrorism and monitor activity meant to be under wraps, its understandable that Abraxas would want the program’s public presence to be relatively limited. But thanks to last year’s hack of the Strategic Forecasting intelligence agency, or Stratfor, all of that is quickly changing.