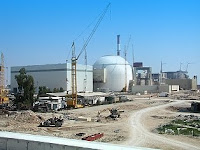 Cybersecurity experts in the United States report an increase in internet traffic to their websites from Iran. The experts add there appears to be, also, strenuous efforts to hide the traffic's origin. A Fox News article, "Stuxnet Worm Still Out of Control at Iran's Nuclear Sites, Experts Say", infers from the internet traffic there are still problems. The article describes the Stuxnet worm as "...equipped with a warhead that targeted and took over the controls of the centrifuge systems at Iran’s uranium processing center in Natanz, and it had a second warhead that targeted the massive turbine at the nuclear reactor in Bashehr". Ralph Langner, a German expert, believes Iranians need to throw out their computers but adds they can't, "they will just continually reinfect themselves".