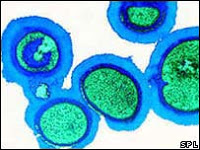 from bbc: A deadly strain of the superbug MRSA which can lead to a flesh-eating form of pneumonia has emerged. Research suggests it may be more prevalent among the gay community - the gay San Francisco district of Castro appears to have been hardest hit. So far only two cases of the new form of the USA300 strain of the bug have been recorded in the UK.

cancer drugs found in tap water
from telegraph: Britain's tap water should be monitored for powerful medicines after traces of cancer and psychiatric drugs were detected in samples, a report has warned. The 100-page statement

(853kb PDF), commissioned by the drinking water watchdog, the Drinking Water Inspectorate (DWI), reveals that pharmaceuticals are finding their way into the water supply despite extensive purification treatments used by water companies. Trace levels of bleomycin, a cancer chemotherapy drug, and diazepam, a sedative, have been found during tests on drinking water, the report reveals.

organs to be taken without consent

from telegraph: Gordon Brown has thrown his weight behind a move to allow hospitals to take organs from dead patients without explicit consent. Writing in The Sunday Telegraph, the Prime Minister says that such a facility would save thousands of lives and that he hopes such a system can start this year... But Chris Rudge, of UK Transplant, the authority in charge of organ donation and transplant, insisted patients would not be considered as donors at any point where survival was possible.

from times online: Scientists have created a beating heart in the laboratory in a breakthrough that could allow doctors one day to make a range of organs for transplant almost from scratch... The research, by scientists at the University of Minnesota, has so far been done only with rats and pigs and is highly experimental. It is unlikely to be applied to humans for years. 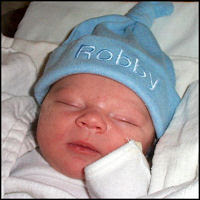 from world net daily: Over half the birthing facilities in Ohio are being equipped with an RFID infant protection system placed on infants at birth to prevent them from being abducted from the hospital or from being given to the wrong mother. "Standard protocol in the hospitals using the VeriChip system is that the baby receives an RFID anklet at birth and the mother receives a matching wristband," VeriChip spokeswoman Allison Tomek told WND. "The mothers are not asked."