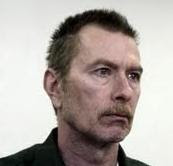 Floyd "David" Van Hooser recants allegations against Bernie Fine in Syracuse sex scandal, according to CNN US. "Prison inmate...VanHooser admitted making up the abuse allegations as retribution against Fine for not hiring an attorney to represent him in a criminal case, according to the Syracuse Post-Standard." The Syracuse.com article words title a little stronger, "Bernie Fine's fourth accuser, Floyd Van Hooser, recants 'I told a lot of lies.'" Readers should watch latest Van Hooser interview from Clinton Correctional Center further down page to get full story. There appears to be semantics as to what's really recanted? Present writer only wonders whether stick or carrot method used to get Van Hooser to change story?