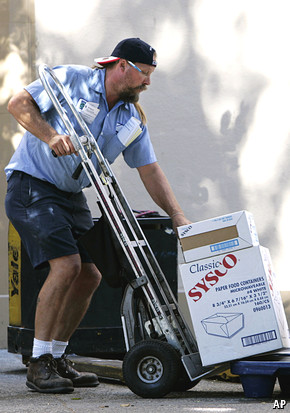 @Sysco Shows How to Distribute Food With Ruthless Efficiency

from economist.com: In an acquisition valued at $8.2 billion, Sysco will buy US Foods, its closest rival in America. There has been speculation for years that these two firms would get together. Indeed, William DeLaney, Sysco’s boss, says he considered buying US Foods seven years ago, but decided that the price was too high... Thanks to its strategy of acquisitions and an obsession with cost control and efficiency it got from Baugh, Sysco has long been the market leader in delivering food, frozen and otherwise, to schools, fast-food chains and even fancy Michelin-starred restaurants such as the French Laundry in California’s Napa Valley. With US Foods it will account for over a quarter of the American market. Food producers will not relish the extra clout of the combined firm. Likewise, restaurants, which will lose the chance to get lower prices by playing off Sysco and US Foods against each other. So the merger will provide a stern test for Barack Obama’s antitrust enforcers after their recent attempt to block the merger of American Airlines and US Airways fizzled out embarrassingly.