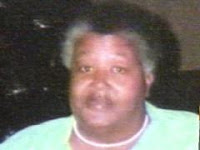 tasers and censors and god, oh my!

from local6: A Clay County woman's family said it's seeking justice after their loved one died shortly after being shocked 10 times with Taser guns during a confrontation with police. The family of 56-year-old Emily Delafield said it would take the Green Cove Springs Police Department to court, according to a WJXT-TV report.

police beat town councilman then arrest him for assault

from wndu: Roseland town council member David Snyder is calling for the resignation of a town marshal after a fight at Friday night's meeting. Snyder says while he was being arrested, he became a victim of police brutality. He was released from jail Saturday afternoon, when a felony charge of battery of a police officer was dropped...

dial 9/11 for police state
from outside the beltway: Washington Examiner columnist Melanie Scarborough believes the recent tasering incident at a John Kerry speech at the University of Florida, and particularly the students’ passive reaction to it, is a sign of something truly depressing...

"Since 2001, the United States has undergone a subtle, but tragic, transformation from a nation where citizens were free to do as they wished as long as they broke no laws to one where they are free to do only what their government expressly permits. And unfortunately, one of the things the government most discourages is dissent."

Yet, few seem to think any of that is problematic because, well, "Everything changed after 9/11."

from raw story: The Fox network, which censored an anti-war statement from Sally Field including the word "goddamn" at Sunday's Emmy Awards, isn't so conservative when it comes to the use of the G-word on Fox News programming. And that's "goddamn hypocrisy," says Think Progress.

"And let's face it: If mothers ruled the world," Field said in her acceptance speech, "there would be no god-damned wars in the first place..."

During its Emmy broadcast, Fox also censored remarks from Ray Romano, who used the word "screwing," and Katherine Heigl, who mouthed the words "oh shit," after hearing her name called.

from ogpaper: The remark Kathy Griffin made in her acceptance speech at the Creative Arts Emmy Awards on Saturday could be more than the comedian was bargaining for... Christian groups from all over the country immediately condemned the joke, some calling it "the latest saga of Hollywood assaults on Christianity" and "obscene and blasphemous".