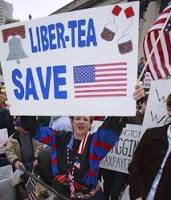 white house locked down after threat from tea bag

from oregonian: On a day already loathed by tax haters, 2,000 people crowded the Capitol steps to protest corporate bailouts, higher taxes and the state of government in both Oregon and in the United States. The demonstration in Salem was one of 20 scattered throughout Oregon on Wednesday, all modeled after the Boston Tea Party in 1773 when people dumped tea to protest British taxation. From California to New York, thousands of people joined in more than 500 such tea parties across the country. 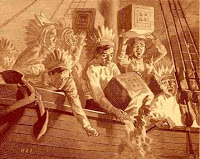 from copycat effect: Today is April 15th, and there will be "tea parties" throughout the USA. Few carrying out these 2009 symbolic acts understand the origins of the Boston Tea Party, which occurred on December 16, 1773. The Masonic background to the Boston Tea Party is part of the twilight history of the nation.

napolitano can’t say if illegals will get stimulus money

debtors' prison - again
from st petersburg times: In a little-noticed trend blamed on the state's hard economic times, several courts in Florida have resurrected the de facto debtor's prison — having thousands of Floridians jailed for failing to pay assessed court fees and fines. The shortsighted plan threatens to run afoul of the U.S. Constitution. It appears to generate little additional revenue relative to the misery it causes, and it should be stopped.

goldman sachs tries to shut down financial blogger
from global research: Mike Morgan is a registered investment adviser and a scrappy shoot-from-the-hip guy who doesn't mince his words. Recently Morgan has come under fire from investment giant Goldman Sachs for his hard-hitting web site "Facts about Goldman Sachs". According to the U.K. Telegraph: "Goldman Sachs is attempting to shut down a dissident blogger who is extremely critical of the investment bank, its board members and its practices. The bank has instructed Wall Street law firm Chadbourne & Parke to pursue blogger Mike Morgan, warning him in a recent cease-and-desist letter that he may face legal action if he does not close down his website. According to Chadbourne & Parke's letter, dated April 8, the bank is rattled because the site "violates several of Goldman Sachs' intellectual property rights" and also "implies a relationship" with the bank itself. Unsurprisingly for a man who has conjoined the bank's name with the Number of the Beast – although he jokingly points out that 666 was also the S&P500's bear-market bottom – Mr Morgan is unlikely to go down without a fight. He claims he has followed all legal requirements to own and operate the website – and that the header of the site clearly states that the content has not been approved by the bank. On a special section of his blog entitled "Goldman Sachs vs Mike Morgan" he predicts that the fight will probably end up in court. "It's just another example of how a bully like Goldman Sachs tries to throw their weight around," he writes."

23 banks closed in '09 & counting...
from bloomberg: Banks in Colorado and North Carolina were shut as rising unemployment and a loss of jobs shrinks household wealth in the deepest recession in a quarter century, pushing the toll of U.S. bank failures to 23 this year. New Frontier Bank in Greeley, Colorado, with $2 billion in assets and $1.5 billion in deposits, and Cape Fear Bank in Wilmington, North Carolina, with $492 million in assets and $403 million in deposits, were shut today by state regulators.

lehman sits on bomb of uranium cake as prices slump 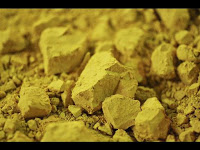 from bloomberg: Lehman Brothers Holdings Inc. is sitting on enough uranium cake to make a nuclear bomb as it waits for prices of the commodity to rebound, according to traders and nuclear experts. The bankrupt bank, in the throes of paying off creditors, acquired uranium cake “under a matured commodities contract” and plans to sell it when the market improves “to realize the best prices,” Chief Executive Officer Bryan Marsal said. Lehman, once the fourth-largest investment bank, has an estimated $200 billion in unsecured liabilities left to pay. The uranium, which may be as much as 500,000 pounds, might fetch $20 million at today’s prices of about $40.50 per pound, said traders who asked not to be named because of the confidential nature of the data. Marsal said the traders’ estimate of Lehman’s uranium holding is “reasonable,” while declining to be more specific. Uranium has dropped for five straight months from $55 a pound on Dec. 1 on concerns that countries including China and India would delay nuclear power projects because of the global economic crisis, and because Lehman might dump its radioactive material on the market, the traders said. More than 43 million pounds of uranium-oxide concentrate, or yellowcake equivalent sold on the spot market last year, more than doubling the 2007 trading volume, according to Roswell, Georgia-based Ux Consulting Co.