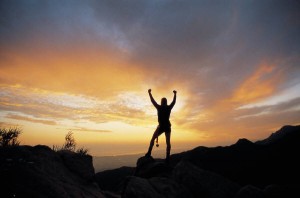 The Best Kept Open Secret of Our Time: Individuals Have Power

Oldthinkers.com serves heaping portion of spiritual food in article, "The Best Kept Open Secret of Our Time: Individuals Have Power."  Writer Dan Taylor reminds readers of our Colonial history a search for religious freedom and escape of the Crown's tyranny, "...individuals who sought to escape this grip of despotism. Hereditary
titles and tyranny no longer held individuals in artificial societal
cages, and people seeking a new life were bound only by limits to
endurance and willpower." Taylor sees a breaking point when pathocracy has run its course to very limits of the people's endurance: "When psychopathic individuals inject themselves into positions of power, they need to recruit fellow deviants or face the scrutiny of decent human beings. The tipping point of pure corruption happens when good people are forced out of the system due to a crisis of conscience or by brute force." The present writer believes we're fast approaching point and pities anyone who believes everything's normal!  Taylor is right, government rule means to demoralize and stultify the people, who may otherwise rise to oppose them!  "The state’s claim to godhood does not make it so. It will try to make you feel small. If you didn’t have incredible potential, the establishment would not have taken measures to stifle your growth," writes Taylor.  Herein lies the inspirational message:  every individual - everyone - possesses great potential!