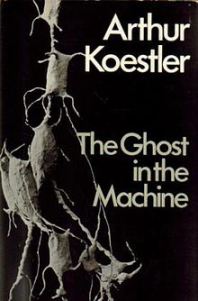 The Ghost in the Machine and Mass Mind Control

from blacklistednews.com: Lately we’ve been looking at various techniques and approaches to Psy Ops and how they are not merely for military warfare, but an entire approach to human behavior modification and mass population management. The notion of large scale deception and manipulation, we have seen, is impossible for even the education section to grasp due to a combination of the ego’s firewall working in tandem with the mind’s lack of firewall (especially for messages that appeal to the ego and baser instincts), added to the sophistication of the technological methods of infowar and frequency manipulation (exemplified in mainstream media and advertising). The power of these together must unfortunately also be combined with the completely pragmatic scientistic process exemplified in individuals referenced many times.

The scientific method, having now attained the mythical status of grand narrative explanatory power, must be understood as only a tool for how to learn empirical facts about the natural world. Constituted as such, by its very nature, it is impossible to use a tool as itself a means by which the totality of reality is conceived, when the empirical scientific method itself cannot be known or proven to be the case, through the scientific method. Understanding this fact, analysis can be had of various luminaries and “experts” of the new mythos, in infamous characters like Bertrand Russell, the Huxleys, etc., but a lesser-known important name is that of Arthur Koestler, and his reductionist scientism should here be highlighted.


A “former” Hungarian Marxist, Koestler found home in London – even being raised to the Order of Commander of the British Empire for his “contributions to culture.” The amazing doublethink behind this title will become more apparent as we consider how his ideas would contribute to the added force of the growing technological and psychological warfare methodologies up to our day. Publishing his The Ghost in the Machine in 1967, Koestler took the implications of reductionist materialism to new lows in openly discussing the forced drugging and manipulation of the public.  Koestler cites a mind control presentation in San Francisco by Dean Saunders in 1961:

“Here at our disposal, to be used wisely or unwisely, is an increasing array of agents that manipulate human beings… It is now possible to act directly on the individual to modify his behavior instead of, as in the past, indirectly through modification of the environment.” — Dean Saunders, of the San Francisco Medical School, at the Control of the Mind symposium (1961),” pg. 335.

Koestler proceeds to the discussion of the possibility of reengineering RNA and creating increased suggestibility through forced public drugging, citing Dr. Holgar Hyden from the same symposium:
“The author is [referring] to any substance inducing changes of biologically important molecules in the neurons and the glia and affecting the mental state in a negative direction. It is not difficult to imagine the possible uses to which a government in a police-controlled state could put this substance. For a time they would subject the population to hard conditions. Suddenly the hardship would be removed, and at the same time, the substance would be added to the tap water and the mass-communications media turned on. This method would be much cheaper, and would create more intriguing possibilities then [voluntary introduction methods],” Dr. Holgar Hyden, Control of the Mind Symposium,” pg. 334.

This symposium was no gathering of fringe, mad scientists.  It was held and later published by Voice of America, the long-time CIA propaganda outlet, the parent organization for wartime outlets such as “Radio Liberty” and “Radio Free Europe.”  The doublethink is again manifest, as the supposed voice of “American freedom and liberty” is busy conducting symposiums with the scientific elite on rewiring human DNA/RNA and biochemistry for – explicit quote – “mind control.”  I have detailed the history of MKULTRA recently in numerous articles and talks, but here we see yet another reference to the same programs in the scientific establishment, demonstrating the “mind control” programs extended far beyond merely hypnosis to alterations of the entire biosphere, being linked with both the Manhattan Project and MKSERCH.  In fact, there is direct evidence this program above with Dr. Hyden was part of MKULTRA, demonstrating it’s a unified method of approach.  Koestler even references this as “alchemy,” and we will see the APA connect this to the notorious MKULTRA’s Dr. Ewan Cameron.

The unifying paradigm is radical, pragmatism scientism for both the high tech Psy Ops programs and the human genome modification and destruction.  This is what we call technocracy, which is not only “rule by experts,” but also the rule of “experts” with a specific ideological commitment to strict naturalism.  Koestler’s work is not only premised on the presupposition of reductionist naturalism, but explores the possibility of forcing the “evolutionary” progress (which is really a dysgenics strategy of devolution).   “Progress” is only “progress” to those who have a benchmark by which to make such a value judgment, and the ruling elite of our day have a form commitment to their “progress” alone.  “Progress” to the establishment is your digress, yet as I wrote, the educated class is still almost completely duped in our day to buy into the deception, when the deception’s goal is to stamp out the human spirit en toto, in Huxley’s “final revolution.”

This attack is not just on the genome, but on the neurological processes and memory, linked with RNA, many of which modify the encoded information. The below shows MKULTRA was a plan for the masses, not merely spies and defectors.  About Dr. Holgar Hyden, we read from Barbara Lusk in her “Building a ‘Better’ Brain”:

“Neurobiologist Holger Hyden of the University of Goteborg reported that rats trained to balance on a wire and complete other tasks had an increase in a slightly altered form of RNA in their brains — that, in effect, the synthesis of RNA accompanied learning. Keenly aware of both the basic and applied importance of this work, researchers at universities and pharmaceutical companies immediately set out to devise experiments to see if the manipulation of RNA synthesis during training — its inhibition and its acceleration — would affect the acquisition of memories….
A watershed event occurred in 1965 when Krech arranged a multi-session symposium on “Brain, Biochemistry and Behavior” at the American Association for the Advancement of Science meeting. Approximately 2,000 attendees heard prominent geneticists, anatomists, biochemists, physiologists, pharmacologists, neurologists and psychologists who discussed the tantalizing evidence on the role of RNA. Biochemist Bernard Agranoff of the University of Michigan reported that administering various RNA or protein-synthesis inhibitors before or just after training had significant adverse effects on the retention of newly acquired learning in goldfish. In other experiments, James McGaugh and Lewis Petrinovich (both former students of Krech) demonstrated that increasing RNA synthesis by administering strychnine improved learning. Psychiatrist Ewen Cameron of McGill University reported that yeast RNA administered to elderly people suffering from dementia had a positive effect on their memory. Researchers at Abbott Labs reported that Cylert (magnesium pemoline) enhanced learning in rats and, more important, that human trials were planned….
In both his introductory remarks and closing commentary at the symposium, Krech worried out loud. The potential benefits of this research, he agreed, were enormous. But the social and ethical questions raised by this work were of the same magnitude as those resulting from the achievements of the atomic physicists: If the biochemical tools are developed, will governments be tempted to manipulate the behavior of their citizens? Should scientists or governments tamper with individuals’ natural endowments? Should such potions, once developed, be used only to treat cognitive deficiencies or should they be used to enhance normal functioning? Who gets what and when? Who bears the cost of these treatments? Who decides? Who keeps watch over those who do?”

Indeed. I’m sure Dr. Ewan Cameron and Arthur Koestler were altrustic and genuinely interested in healing the elderly from dementia – no doubt Cameron wept at night with panged conscience, following his torturous human experiments at Mount Royal.  Koestler and his wife committed suicide together in their old age, and Cameron was a maniacal psychopath who headed up the worst aspects of the MKULTRA experimentation.  What the above scholarly article from the American Psychological Association (itself formed by Rockefeller and MKULTRA) luminaries in concord with the Tavistock Institute plan is only the best for all of us.  Meanwhile, they also laugh about the plan to commit genocide.  Are you able to parse this out, or are you chemically lobotomized beyond the point of having your double mind integrated from its doublethink?