The HIV Virus: A Possible Cure for Leukemia? 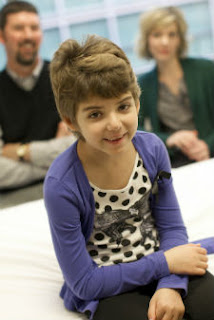 from yahoo.net: In April 2012, 7-year-old Emily “Emma” Whitehead was in the fight of her life following her second relapse of acute lymphoblastic—or lymphocytic—leukemia (ALL). The then 6-year-old’s parents and doctors turned to an unlikely source to save the young girl's life—the HIV virus.

Emma, diagnosed with ALL in 2010, underwent an experimental procedure involving a disabled form of HIV, the virus that causes AIDS, after two unsuccessful courses of chemotherapy failed to achieve sustained remission. The treatment, pioneered at The Children's Hospital of Philadelphia, is similar to therapies being developed at other cancer centers around the U.S.

Emma is one of a handful of patients with advanced leukemia to receive the CT019 therapy (formerly called CART 19 therapy), an experimental treatment that involves doctors reprogramming a person’s T-cells—a type of white blood cell that plays a key role in the immune system—to search out and kill cancer cells.

The experimental technique relies on help from a disabled form of HIV because the virus is adept at carrying genetic material into T-cells so they’re able to kill off cancer cells. Those genetically altered T-cells go to work attacking cells in the body that play a role in the development of leukemia.

It's important to note that the T-cells are removed from the patient before being bioengineered with the HIV virus. The patient is not injected with the virus. This treatment differs from chemotherapy, a drug that is one of the most common treatments of leukemia, which kills off all fast-growing cells in the body.

Three weeks after receiving the treatment at Children’s Hospital of Philadelphia, a bone marrow test revealed Emma had achieved remission. Today, she’s still in remission and thriving, but her doctors caution the remission needs to be sustained for a few years before using words like “cured.”