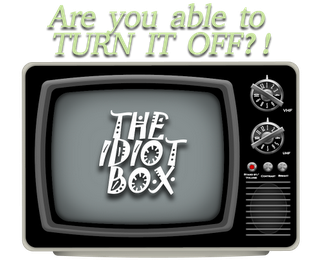 The Idiot Box: How TV Is Turning Us All Into Zombies

Are we all programmed to a diminished destiny? Steve Watson writes succinctly, "TV turns you into a zombie," in infowars.com article, "The Idiot Box: How TV Is Turning Us All Into Zombies." Several disturbing sources are cited, one disquieting article at Reuters by Frederick Joelving contends, "..background noise emitted from television is so distracting and
mesmerizing to children that it is impacting their ability to interact
with other human beings and potentially slowing down cognitive thinking
and language development." And, it only gets worse from there, studies suggest everything form poor health, attention deficits, aggressive behavior,  poor school performance all result from the "Idiot Box."    Turn It Off to save what remains in TV's destructive wake, caused by passively sitting in front of a television, and literally, losing your mind! Ray Bradbury didn't underestimate TV's threat:  "The television, that insidious beast, that Medusa which freezes a billion people to stone every night, staring fixedly, that Siren which called and sang and promised so much and gave, after all, so little."