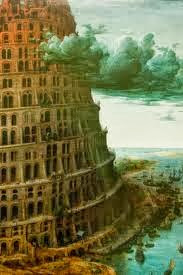 from strategic-culture.org: Article: Recent events in Iraq, Libya and Syria have one common factor which is being carefully concealed: the looting of museums and the destruction of entire strata of the rich heritage of ancient cultures by the American «liberators». For example, after the Americans plundered Baghdad's museums, a large part of the loot was dumped on the black antiques market in the West. This is also one of the motives for the Yankees' campaign against Damascus. Illegal trading of antiques is considered no less profitable than the drug trade.