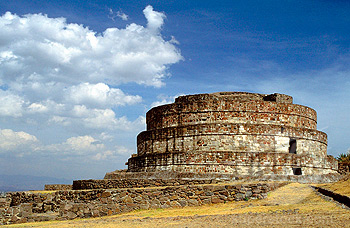 The Significance of Studying Ancient History

from graecomuse.wordpress.com: When someone asks me what I am researching at university I admit that sometimes I am not all that keen on answering with ‘ancient history’. It’s not because I have any problem with it, I love ancient history in all respects and it will never cease to interest me, but I do know that often people do not understand why one studies it. It doesn’t earn much money for a start. And money has never interested me but to many in today’s society it is unfortunately the be all and end all. So being questioned about a ‘strange’ and ‘illogical’ career choice can be rather trying. Even though there is hardly a point arguing with some people about why ancient history is important in the grand scheme of things I think it is important to know at least personally that IT IS significant to the world. Ok so yes I’m never going to be a millionaire but I’m doing something I enjoy, not stuck in a repetitive job where I want to jump out the window to escape the monotony, and I am contributing to the world whether you think so or not.

So how does ancient history contribute to human knowledge, progression and the future? Well the common answer is that it lets us recognize the mistakes of the past so that we won’t repeat them in the future.


To a point this is true but it can also be argued against as history does not always repeat itself as we are told and nothing ever happens in a straight line. So when this argument is made of ancient history it is likely less substantial than for modern history where we are still being more directly affected by past actions. Ancient history does though allow us to understand where we have come from and why we are here and hence shows us how the shaping of the future by the ancients may be related to the shaping of our own future.
Beyond this sentiment of avoiding mistakes there are numerous substantial ways that the study of ancient history does contribute to the modern day, if you argue otherwise then I suggest you get back in your cubicle and continue with the number crunching. Firstly, the study of ancient history contributes to our cultural understanding and intellectual development. If we don’t know where we come from and the trials and tribulations which faced our forebears how can we understand ourselves? The study of history on any level can potentially help to define our own identities. I know that if I didn’t know about my culture I wouldn’t be the person I am today. If Australia didn’t know about its past what would there be for them to celebrate or avoid in its future. History builds who we are and by furthering our understanding of our past we better understand ourselves. It may seem a little abstract to say the business man of the day but one cannot deny that understanding oneself is vital to the progression of humanity otherwise how could we better ourselves as a species?!
On a scientific level, history is again vital to progression. If we understand origins then we can better understand things that face us today. For instance, the origins of diseases that are embedded within history allow scientists to track the progression of the disease. In doing so they may be able to work out cause and/or cure. New evidence from mummies in Egypt of cancer is providing new information for scientists as to the progression of the disease over a larger temporal scale. Now I certainly think that that is significant! History is intertwined with hundreds of other areas that could not so easily progress without it, such as medical knowledge, sociology, psychology, social structure, health and safety, linguistics, forensics, construction, planning, the list goes on and on. After all those who study ancient history and archaeology are trained in analysis which can be put to use in basically any area. Would it surprise you to learn that I as an archaeologist am qualified to contribute to numerous scientific areas including surveying, forensics, computing and construction?
In addition to being able to explain certain modern situations, the study of history is essential to the progression of the human race. Understanding the past, for instance, gives us comfort because we are not the first people to experience things and we can see the potential of the future. A person moving to the other side of the world is comforted and enabled by the fact that hundreds of people have done it before them. A company sees potential in the future because of what people have achieved prior.
Studying history in itself is a tradition and one with a firm base, it is vital to the progression of humanity personally and on a wider stage, but above all it fulfills a moral obligation to our ancestors. It allows cultures to continue with an understanding of where they came from and a respect for their heritage. And it provides a better and wiser comprehension of things that have been passed down to us. We don’t need to argue with people that ancient history is important to the progression of humanity because to an independent mind it should be obvious! And stuff being a millionaire! I’ll take being a historian any day because as I often say, it is never dull when done right. *Indiana Jones Theme Tune*So let the research continue…

TAGS: academics, antiquity, learning from the past, lessons