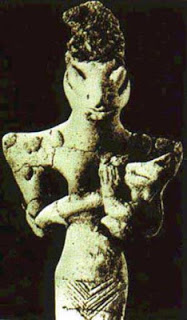 Preston James asks in article, "The Third Force," "IS THERE A MYSTERIOUS AND SUPERIOR THIRD FORCE THAT IS COVERTLY MANIPULATING THE WORLD THROUGH A SMALL NUMBER OF SUPER-ELITES WHO RUN THE WORLD’S MOST POWERFUL NATIONS ?" James wonders, also, whether "The Third Force" is native or alien (picture)? The indifference to human needs, does raise question, whether it's humanity responsible for these acts (wars, engineered economic collapse, biochemical warfare, etc)? It could simply be sadistic oligarchs on the other hand, who are truly as mean as their actions reflect - no alien excuses!  The article frames question:  "Many historians have stated that there is a strong hidden hand in the background controlling all world events. They sense this THIRD FORCE but declined to identify it or its most visible minions.  As Woodrow Wilson’s famous quote goes:

'Since I entered politics, I have chiefly had men’s views confided to me privately. Some of the biggest men in the U.S., in the field of commerce and manufacturing, are afraid of somebody, are afraid of something. They know that there is a power somewhere so organized, so subtle, so watchful, so interlocked, so complete, so pervasive, that they had better not speak above their breath when they speak in condemnation of it.'


A finger, is pointed, at old British Empire as identifiable front for "The Third Force," who learned from American Revolution that they need to remain hidden to avoid becoming a target:

"It is likely that many of these rebellions were even run by the Crown and were raised up to create the rebellion so that the financial controllers in the City of London could obtain what they really wanted (complete control over the production and distribution of a nations money) while allowing the new nation state to believe they had obtained freedom when actually they were even deeper in financial bondage albeit covertly. And actually if one obtains and hold control over a nation’s monetary production and control system it is able to rule covertly without becoming a target of those it financially oppresses."

James believes trail always leads back to: "...a small number of super-elite families and their representatives that have been chosen and are now directed by this superior force that has seemed obsessed for hundreds of years with complete world domination."

Perhaps, most encouraging, James observes there's much more known about this shadowy agenda, today:  "Up until recently little was researched, written or known about such international power control groups (the powers that be PTB) and what the proof is of their existence, or in what form they actually exist. With the advent of the world-wide Web (Internet) this has all changed and there has been an explosion of research and disclosures about this THIRD FORCE."

The identity of "The Third Force" remains open even for the author, who has problems buying notion of reptilian shape-shifting entities. This article is long and a little rough, but it's a course in "Conspiracy Theory" in one sitting. You'll have a jump-start on understanding rumors, concerning those running our world!