there’s still time to realize the fraud of obama

from kurt nimmo: It appears candidate Obama, if elected, fully intends to recruit young citizens into something he calls a “national security force,” apparently a large paramilitary group “just as powerful, just as strong, just as well-funded” as the U.S. military. Obama made passing reference to this disturbing idea in a speech delivered in Chicago on July 2. As should be expected, the corporate media, with the exception on the Chicago Tribune, completely ignored the statement and its implications. It was picked up by the real media, that is to say the bloggers, and Joseph Farah of WorldNetDaily. “If we’re going to create some kind of national police force as big, powerful and well-funded as our combined U.S. military forces, isn’t this rather a big deal?” asked Farah. “I thought Democrats generally believed the U.S. spent too much on the military. How is it possible their candidate is seeking to create some kind of massive but secret national police force that will be even bigger than the Army, Navy, Marines and Air Force put together?”

from guardian: Barack Obama yesterday pledged to increase US troops in Afghanistan by a third if he becomes president, sending 10,000 more to reinforce the 33,000 already there. He was speaking after the US lost nine soldiers at the weekend in the deadliest attack on its forces in the country since 2005. Obama has promised, soon after becoming president in January, to begin scaling back the 156,000 US troops in Iraq and Kuwait, and to shift the focus to Afghanistan.

obama less transparent on finances than bush/cheney
from new york times: Sens. Barack Obama and John McCain have long been among the most outspoken critics of the influence of money in politics. Yet records show that in their presidential campaigns, neither has lived up to their promises to fully disclose the identities of their top money-collectors who bundle millions of dollars in campaign contributions... The spotty disclosure records of Obama and McCain, despite repeated entreaties from watchdog groups, compare unfavorably with that of George W. Bush in his two runs for president. “Obama was saying he was the most transparent, but it wasn’t even on par with Bush and Cheney,” said Alexander Cohen, senior researcher at Public Citizen, a nonpartisan watchdog group that recently sent letters to Obama and McCain with seven other organizations calling for them to disclose more information about their donors.

obama's foreign policy advisers tell us all we need to know
from 9/11 blogger: Instead of media pundits blowing a bunch of hot air about Barack Obama's former pastor, there should be a real discussion and examination of who he has picked as his foreign policy advisors. These choices will have far more of an impact on our country than which church Obama attended or where he stands on the various partisan wedge issues. Among the 13 advisors selected, there are some alarming choices. Especially when you consider Obama's antiwar rhetoric on the stump. The first advisor I will mention is former Indiana Congressman and Democrat, Tim Roemer. He was a member of the 9/11 Commission, and a representative of the war-profiteering weapons makers Boeing and Lockheed Martin, which also happen to be the world's largest defense contractors... Also onboard is Washington insider and notorious cover-up artist Lee Hamilton. It's interesting to note that Hamilton, a Democrat, has been called upon several times to bail Republicans out of huge scandals...

obama claims he's visited 57 states
from obama gaffe: At a campaign event in Beaverton, OR, Obama claimed to have visited 57 U.S. states during the campaign. 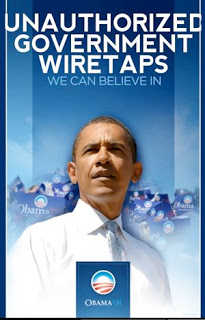 from mike whitney: Every four years, liberals and progressives are expected to set aside their beliefs and stand foursquare behind the Democratic Party candidate. This ritual is invariably performed in the name of party unity. It doesn't matter if the candidate is a smooth-talking politician who's willing to toss his Pastor of 20 years overboard for a few awkward comments, or whether he refuses to defend basic civil liberties like the 4th amendment's right to privacy. All that matters is that there's a big "D" following his name and that he shows he's willing to engage in some meaningless verbal jousting with his Republican opponent. For nearly a year now, the public has been treated to regular doses of Mr. Obama's grandiloquent oratory and his sweeping "Follow me to Shangri-la" promises. These flourishes are usually followed by "clarifications" on the central issues which identify Obama as a center-right conservative with no intention of disrupting the status quo. Political analyst Alexander Cockburn summed it up like this in a recent article on counterpunch:

"There have plenty of articles recently with headlines such 'Obama’s Lunge to the Right'. I find these odd. Never for one moment has Obama ever struck me as someone anchored, or even loosely moored to the left, or even displaying the slightest appetite for radical notions, aside from a few taglines tossed from the campaign bus."

obama's brave new world
from consortium news: In a major foreign policy speech in Washington, Senator Obama detailed his "five goals essential to making America safer" if he's elected President. Obama says he will end the war in Iraq, confront al Qaeda in Afghanistan, and rebuild US alliances around the world. Asia Times correspondent Pepe Escobar discusses how Obama's policies differ from Senator John McCain's, and points to what he thinks are Obama's hits and misses.