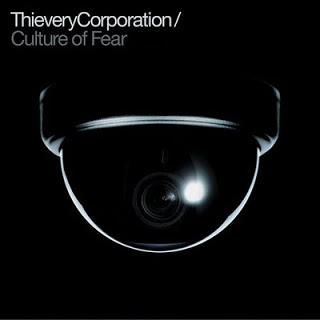 it's been nearly three years since the long-running dc duo known as thievery corporation plotted 'radio retaliation'; now they're back with their sixth studio album and it's called 'culture of fear'.

the group has a long history of conspiratorial-sounding song lyrics ("i'm the president of the shadow government / the grand governor of the federal reserve / public enemy of the society") and album titles (mirror conspiracy, richest man in babylon). and while the new record features song titles like 'web of deception', 'tower seven' & 'false flag dub' - the seattlepi points out that "despite the album title, 'culture of fear' rarely addresses specific political issues."

most of the reviews for the record haven't been exactly glowing and even their hometown city paper worries that "the group has sunk into a quicksand of bizarre politico-mysticism." one can't help but be reminded of muse, another band that uses conspiracy culture themes in their albums & lyrics - so the question becomes: is it all just a marketing pose? well, as with all art, the audience will have to answer that questions for themselves.