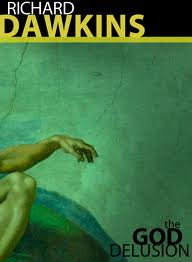 Thomas Nagel: The Fear of Religion

from TheNewRepublic: From an article in a publication called The New Republic, Thomas Nagel gives his thoughts on the controversial and well known book 'The God Delusion' by Richard Dawkins. Dawkins contends that a supernatural creator almost certainly does not exist and that religious faith is a delusion—"a fixed false belief." I recommend the read.

"...Creative intelligences, being evolved, necessarily arrive late in the universe, and therefore cannot be responsible for designing it. In Dawkins’s view, the ultimate explanation of everything, including evolution, may be found in the laws of physics, which explain the laws of chemistry, which explain the existence and the functioning of the self-replicating molecules that underlie the biological process of genetic mutation and natural selection.
He agrees that the eye, for example, could not have come into existence by chance,  but the theory of evolution by natural selection is capable of explaining its existence as due neither to chance nor to design. The negative part of the argument asserts that the hypothesis of design by God is useless as an alternative to the hypothesis of chance, because it just pushes the problem back one step. In other words: who made God? A designer God cannot be used to explain organized complexity because any God capable of designing anything would have to be complex enough to demand the same kind of explanation in his own right.
The fear of religion leads too many scientifically minded atheists to cling to a defensive, world-flattening reductionism. Dawkins, like many of his contemporaries, is hobbled by the assumption that the only alternative to religion is to insist that the ultimate explanation of everything must lie in particle physics, string theory, or whatever purely extensional laws govern the elements of which the material world is composed. This reductionist dream is nourished by the extraordinary success of the physical sciences in our time, not least in their recent application to the understanding of life through molecular biology..."