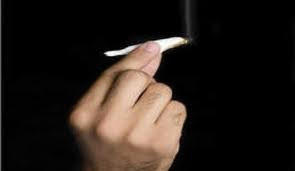 Prop M essentially amends the city's code to remove criminal penalties for possession of small amounts of marijuana. The formal language of the amendment was short and to the point:
Division 1 – Controlled Substances
Sec. 38-11-50.Applicability.
None of the provisions of this article shall apply to the use or possession of less than 1 ounce of marijuana, on private property, by a person who has attained the age of 21 years.
Prop M did not make provisions for the production and sale of marijuana as I-502 in Washington and Amendment 64 in Colorado did.

However, the goal of the amendment was to stop wasting law enforcement resources prosecuting small-time marijuana users. Tim Beck, chairman of the Coalition for a Safer Detroit who lobbied for the change, said "There is no upside" to locking people up for minor possession.

Two other towns in Michigan, Grand Rapids (2nd biggest city in MI) and Flint (7th biggest city in MI), also voted in favor of marijuana decriminalization.
In Grand Rapids, voters made marijuana possession a civil infraction punishable by a fine — rather than a misdemeanor that carried possible jail time — 59-41 percent.
In Flint, allowing possession of less than an ounce for those older than 19 was leading 57-43 percent with 95 percent of precincts reporting Wednesday afternoon. (Source)
Just as Colorado and Washington are expected to face the challenge of conflicting with federal drug laws, these cities will be in conflict with Michigan state law which maintains that marijuana is illegal.

Yet, the momentum is clear; marijuana is headed for legalization and the Obama Administration and the DEA will be on the wrong side of history.