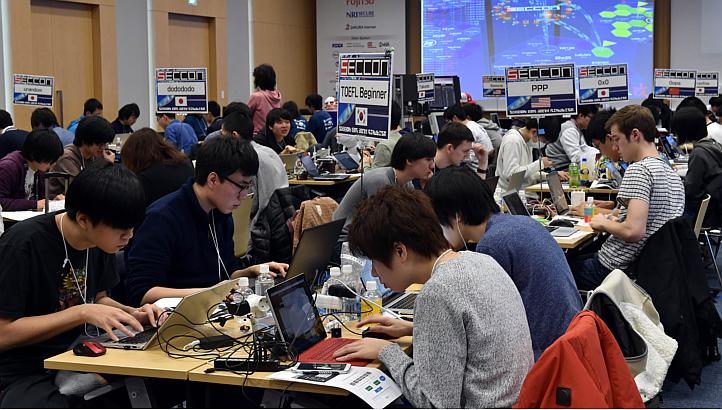 from channelnewsasia.com: A cyber security competition began on Saturday (Feb 7) in Tokyo, with
organisers aiming to show off the skills of young Japanese hackers by
testing them against international rivals.


The final rounds of the
Security Contest 2014, or SECCON, brought together 90 participants in
24 teams from seven nations and regions: China, Japan, Poland, Russia,
South Korea, Taiwan, and the United States.


The winners of the
Tokyo competition will advance to the prestigious Def Con CTF (Capture
the Flag) competition, slated for later this year, organisers said.


SECCON
was designed to allow young Japanese technology engineers to show off
their skills on the world stage, while also encouraging more to get into
the field of cyber security. Teams compete for points by hacking six
virtual servers to discover particular keywords, and can also intervene
to stop their rivals' cyberattacks.


"There is a need for a forum
where fledgling, young ... hackers can grow and gain understanding of
their families, schools and the outside world," said Yoshinori Takesako,
the head of the SECCON organising committee. "This is important in
order to keep them away from being pulled into the underground world,"
he said in a statement to AFP.