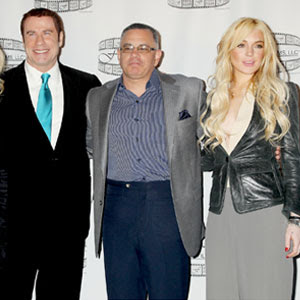 from god discussion: John Travolta 57 year old actor, and devout member of the Scientology group has introduced troubled actress Lindsay Lohan to the Scientology group. Lohan who began her career as a child fashion model before she made her picture debut at the age of 11 in Disney's The Parent Trap and later in Freaky Friday, Mean Girls and Herbie: Fully Loaded ran into trouble when she was arrested in 2007 on two occasions for driving under influence (DUI), for which she was sent to rehabilitation facilities. In 2004, Lohan had attempted re-launching her career, after a brief lull, with her pop music albums Speak and A Little More Personal (Raw). After her arrests, she appeared in the TV series Ugly Betty and the comedy Labor Pains.