ufotv: planet mars and the world of tomorrow 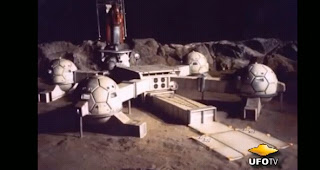 Is there an established Mars Colony to insure survival of the human race? A UFOTV video by Jim Nichols, “Planet Mars And The World of Tomorrow,” is an entertaining collection of “life on Mars” theories or “urban legends”. It is, perhaps, best to allow the film to introduce itself with its opening statement that seems to serve dual purpose as a disclaimer:

“The cautionary tale offered in this video essay is an “urban legend” in other words; popular conjecture that cannot be absolutely verified. It may be viewed as clever disinformation, preposterous lies, entertaining fiction or a deeply disturbing truth! None the less…You’ll likely find this an amazing story.”

Nichol’s video essay inspired, in part, by recent Mars colony whistleblowers Laura Eisenhower and Andrew Basiago. Eisenhower’s experience detailed in a previous post here. The film opens with early sightings of canals on Mars by astronomers Percival Lowell and Giovanni Schiaparelli, a similar history available on this website here. A rather amazing story, indeed, where an unknown group called the Committee at Residence and according to Nichols, makes the CIA appear a small influence on human affairs in comparison. There’s also the Archons, who are grey aliens that have influenced earthly affairs through history. The theme offered is in keeping with subjugation of mankind – not an uplifting message. You can raise your alternative history IQ, however, in just a half hour with this interesting yet enigmatic program.