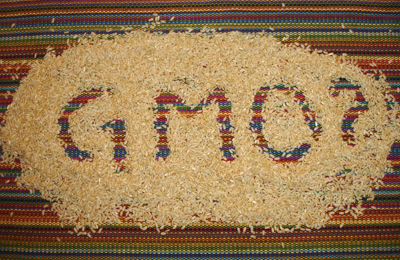 Unapproved GM rice trials in U.S. may have contaminated the world’s rice supply

from NaturalNews.com: New evidence has emerged suggesting that the entire global supply of
rice may have already been contaminated by unapproved,
genetically-modified (GM) rice varieties manufactured by the American
multinational corporation Bayer CropScience. A recent entry in the GM Contamination Register explains that between the years of 2006 and 2007, three different varieties of illegal GM rice, none of which have ever been approved for cultivation or consumption anywhere in the world, were identified in more than 30 countries worldwide.

Once again, field trials conducted by Bayer back in the mid-1990s appear to have been the cause of this widespread and irreversible genetic pollution.
Though all official field trials of "Frankenrice" supposedly ended in
2002, the three GM rice varieties detected somehow made their way into
the general rice supply, which has had a major negative impact on U.S.
rice exports. Similar contamination involving both GM wheat and GM flax
was also recently discovered in the food supply, and both a result of
biotechnology company field trials.

"No GM rice has ever been grown commercially in the U.S. and the source
of the contamination is believed to be field trials of herbicide
tolerant rice conducted between the mid-1990s and early-2000s by Bayer
CropScience (or its precursor companies Aventis CropScience and
AgrEvo)," explains the GM Contamination Register entry. "At the
time of discovery only one of the contaminating varieties (LLRICE62) had
approval for cultivation in the U.S., the other two varieties
(LLRICE601 and LLRICE604) had not."

A U.S. Department of Agriculture (USDA)
investigation into the matter was unable to verify whether or not
contamination was the result of cross-pollination, also known as gene
flow, or mechanical mixing. But in either case, vagrant GM rice
planted in open fields for "testing" purposes definitely escaped, and
now American rice farmers are suffering the consequences as the European
Union (EU), Japan, South Korea, the Philippines and others have placed
strict limitations on GM rice imports. Both Russia and Bulgaria, on the other hand, have completely banned all rice imports from the U.S.

"The
contamination episode has also affected seed producers," adds the
report, which is buried deep within the annals of the consumer watchdog
group's website, completely untouched by the mainstream media. "[A]n
entire non-GM rice variety Clearfield 131 was banned by U.S. regulators
in early 2007 when it was found to be contaminated, costing producer
BASF billions of dollars in losses."

American agriculture, the pale horse of the coming food apocalypse.

So
as the four horsemen of the apocalypse come galloping in on the world
scene in the very near future, you can be sure that the pale horse,
which symbolizes famine, was born and bred in the U.S. Yes, the world's
most aggressive and malicious purveyor of GMOs and all the horrors that
come with their consumption will be the primary driving force behind the complete destruction of the global food supply via the Trojan Horse that is GMOs.

"Scientific studies confirm that GM contamination is unavoidable once GM crops are grown in a region," explains the Earth Open Source report GMO Myths and Truths: An evidence-based examination of the claims made for the safety and efficacy of genetically modified crops.
"'Coexistence' rapidly results in widespread contamination of non-GM
crops ... through cross-pollination, spread of GM seed by farm
machinery, and inadvertent mixing during storage."