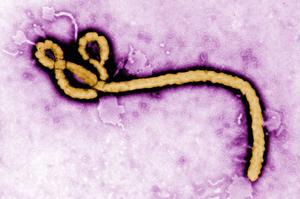 from japantimes.com: Two American aid workers infected with Ebola are getting an
experimental drug so novel it has never been tested for safety in humans
and was only identified as a potential treatment earlier this year,
thanks to a research program by the U.S. government and the military.

The workers, Nancy Writebol and Dr. Kent Brantly (picutred), are improving,
although it’s impossible to know whether the treatment is the reason or
they are recovering on their own, as others who have survived Ebola have
done. Brantly is being treated at a special isolation unit at Atlanta’s
Emory University Hospital, and Writebol was flown there early Tuesday
in the same specially equipped plane that brought Brantly.

They were infected while working in Liberia, one of four West African
nations dealing with the world’s largest Ebola outbreak. On Monday, the
World Health Organization said the death toll had increased from 729 to
887 deaths in Guinea, Sierra Leone, Liberia and Nigeria, and that more
than 1,600 people have been infected.