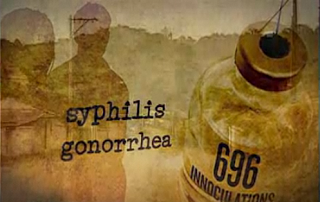 US apologizes for syphilis experiment in guatemala

from reuters: The United States apologized on Friday for an experiment conducted in the 1940s in which U.S. government researchers deliberately infected Guatemalan prison inmates, women and mental patients with syphilis.

In the experiment, aimed at testing the then-new drug penicillin, inmates were infected by prostitutes and later treated with the antibiotic.

"The sexually transmitted disease inoculation study conducted from 1946-1948 in Guatemala was clearly unethical," Secretary of State Hillary Clinton and Health and Human Services Secretary Kathleen Sebelius said in a statement.

"Although these events occurred more than 64 years ago, we are outraged that such reprehensible research could have occurred under the guise of public health. We deeply regret that it happened, and we apologize to all the individuals who were affected by such abhorrent research practices," the statement said.

Guatemala condemned the experiment as a crime against humanity and said it would study whether there were grounds to take the case to an international court.

"President Alvaro Colom considers these experiments crimes against humanity and Guatemala reserves the right to denounce them in an international court," said a government statement, which announced a commission to investigate the matter.

Guatemalan human rights activists called for the victims' families to be compensated, but a U.S. official said it was not clear there would be any compensation.

President Barack Obama called Colom to offer his personal apology for what had happened, a White House spokesman said.

The experiment, which echoed the infamous 1960s Tuskegee study on black American men who were deliberately left untreated for syphilis, was uncovered by Susan Reverby, a professor of women's studies at Wellesley College in Massachusetts.

history/mystery updates:
oct7, 1940: the day that should have lived in infamy*
undocumented language found hidden in india*
video: who killed the electric street car?*