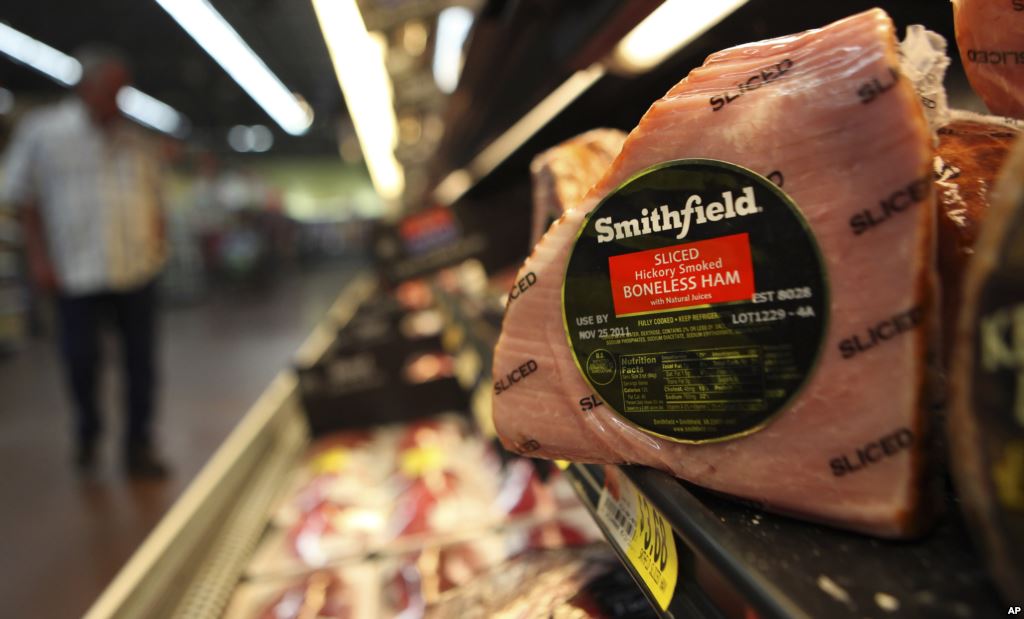 from blacklistednews.com: The US FDA prevents such things as artisinal cheese and butter
being imported from Europe, products that have been in use for hundreds
of years and don't make people sick, but--speaking of sick--this
breathtakingly corrupt agency is allowing big food processors to grow
food in the US but then process it in China in facilities with far less
stringent regulation, and send it back here for us to eat! Worse, the
producers only have to say where it was grown, not where it was
processed!

There would appear to be no good explanation for this except
corruption at the highest levels--not necessarily illegal corruption,
but friendly handshaking between the executives of big food processors
and FDA administrators. One thing is very clear: of least importance to
the FDA is its obligation to protect us and our children. Far more
important is to enable big food processors to increase their profits.

For example, Smithfield Farms, the largest pork producer in this
country was sold in September to a Chinese company. Their hogs will
still be raised here, but then packaged in China before being shipped
back for us to eat. Besides Smithfield, their labels include
Morrell, Eckrich, Krakus, Cudahy, Premium Hams, Cook's and Gwaltney.

To be fair, the FDA isn't entirely asleep at the switch. Starkist Tuna
is now owned by a Korean company and there is a fight going on over
quality and safety records, which the company won't produce for the FDA.

Also, be careful about fish. Look on the label of what you are buying.
Remember, they MUST tell you where it is produced, and if that label
says China, be aware that aquafarming regulation there is less stringent than it is here. Be warned.

Imported food we eat and the junk we buy: Green Giant frozen vegetables are from China, and so are most of Europe’s Best.

Arctic Gardens are US or Canadian grown, and so is Birdseye. Most
grocery store garlic is from China. Stick with organic garlic or better,
buy fresh and chop it yourself, it only takes a few minutes. A great
deal of honey is from China. Only buy honey that is specifically
identified as a product of the US, Canada or an EU country.

If
you don't see a country of origin on any food label, pass it by. If the
label says "prepared for," or "packed by" but doesn't say where it was
grown, pass it by, especially produce.

Until Asian countries
clean up their regulatory act, make it your business to pass their
products by. At present, the only Asian country with what I regard as a
thorough regulatory system for food growing and processing is Japan. Any
food from anywhere else in Asia, I suggest strongly that you pass it
by.

Bear in mind, also, that companies are well aware of this and will do
whatever they can to keep you in the dark. If the label's not clear,
don't buy.