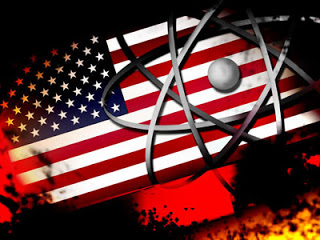 from dpa: The US government has mistakenly published a 'highly confidential' report with information about civilian nuclear sites and programmes, The New York Times reported online late Tuesday.

The 266-page document, which reportedly also contained maps showing the location of fuel stockpiles for nuclear weapons, was published on the Government Printing Office website after the White House had sent it to Congress for review.

The Times said the document was withdrawn from the website after it inquired about it. Its publication also triggered discussion Monday, when it first appeared, inside the scientific community about possible dangers ofdthe disclosures.

US President Barack Obama had sent the document, which was marked 'highly confidential' but not classified, to Congress in early May for review before it was to be sent to the International Atomic Energy Agency in Vienna, the UN nuclear watchdog.
It's not clear how the document arrived at the printing office, the Times reported.

The report contained no military information about the stockpile of nuclear arms or defence systems protecting them. It listed all the sites of the civilian nuclear reactors and weapon laboratories.

The document was first noted by Steven Aftergood, a security expert at the Federation of American Scientists in Washington, who called it a 'one-stop shot' for information on US nuclear systems, the Times reported. He noted the publication in his newsletter, Secrecy News.