US Power Grid Vulnerable to Just About Everything 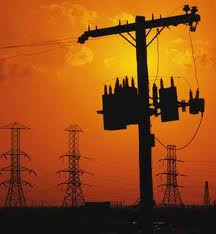 from oilprice.com: As Washington hunts ill-defined al-Qaeda groups in the Middle East and Africa, and concerns itself with Iran’s eventual nuclear potential, it has a much more pressing problem at home: Its energy grid is vulnerable to anyone with basic weapons and know-how. Forget about cyber warfare and highly organized terrorist attacks, a lack of basic physical security on the US power grid means that anyone with a gun—like disgruntled Michigan Militia types, for instance--could do serious damage.

For the past two months, the US Federal Energy Regulatory Commission (FERC) has been tasked with creating a security strategy for the electric grid and hydrocarbon facilities through its newly created Office of Energy Infrastructure Security. So far, it’s not good news.

“There are ways that a very few number of actors with very rudimentary equipment could take down large portions of our grid,” warns FERC Chairman Jon Wellinghoff. This, he says, “is an equal if not greater issue” than cyber security. FERC’s gloom-and-doom risk assessment comes on the heels of the recent declassification of a 2007 report by the National Academy of Sciences.

The National Academy of Sciences on 14 November warned that a terrorist attack on the US power grid could wreak more damage than Hurricane Sandy. It could cause massive blackouts for weeks or months at a time. But this would only be the beginning, the Academy warns, spelling out an “end of days” scenario in which blackouts lead to widespread fear, panic and instability.