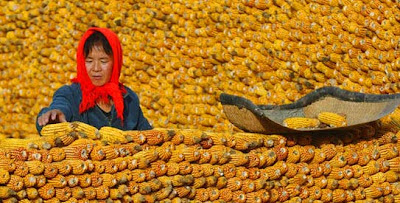 from dawn.com: A group of US plant scientists is warning federal regulators that action is needed to mitigate a growing problem with biotech corn that is losing its resistance to plant-damaging pests. The stakes are high – US corn production is critical for food, animal feed and ethanol production, and farmers have increasingly been relying on corn that has been genetically modified to be toxic to corn rootworm pests. “This is not something that is a surprise… but it is something that needs to be addressed,” said Joseph Spencer, a corn entomologist with the Illinois Natural History Survey, part of the University of Illinois. Spencer is one of 22 academic corn experts who sent a letter dated March 5 to the US Environmental Protection Agency telling regulators they are worried about long-term corn production prospects because of the failure of the genetic modifications in corn aimed at protection from rootworm. Monsanto introduced its corn rootworm protected products, which contain a protein referred to as “Cry3Bb1,” in 2003 and they have proved popular with farmers in key growing areas around the country. Biotech corn sales are a key growth driver of sales at Monsanto. The corn rootworm product is supposed to reduce the need to put insecticides into the soil, essentially making the corn plants toxic to the worms that try to feed on their roots. But plant scientists have recently found evidence that the genetic modification is losing its effectiveness, making the plants vulnerable to rootworm damage and potentially significant production losses.