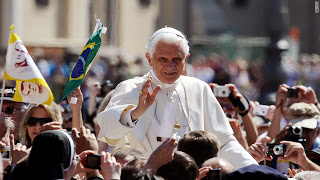 from cnn: New Vatican guidelines aimed at fighting child abuse by priests tell Catholic bishops they should cooperate with police, but do not order them to report allegations to the authorities. "Sexual abuse of minors is not just a canonical delict but also a crime prosecuted by civil law," says the letter to bishops around the world, using the Vatican term for a violation of church law. Local laws on reporting suspected crimes to the authorities "should always be followed," the guidelines say. The new Vatican advice gives national conferences of bishops until May next year to come up with their own guidelines on how to handle allegations of abuse. Vatican spokesman Father Federico Lombardi conceded that there was little new in Monday's letter, but said breaking new ground was not the point - standardizing the church's response to abuse allegations was.