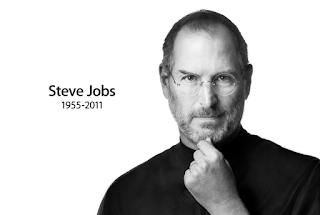 from msnbc: Steve Jobs saw the future and led the world to it. He moved technology from garages to pockets, took entertainment from discs to bytes and turned gadgets into extensions of the people who use them. Jobs, who founded and ran Apple, told us what we needed before we wanted it. "To some people, this is like Elvis Presley or John Lennon. It's a change in our times. It's the end of an era," said Scott Robbins, 34, a barber and an Apple fan. "It's like the end of the innovators." Apple announced his death without giving a specific cause. He died peacefully on Wednesday, according to a statement from family members who were present. He was 56.