Was An EMP Bomb Detonated In Tennessee? 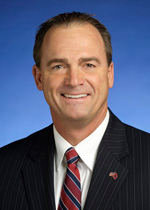 Examiner article reports local state representative, Rick Womack, made unusual observation to a Tennessee state government subcommittee recently, “… an electromagnetic pulse (EMP) bomb was detonated in Tennessee nearly two years ago. However, there is no record of that ever happening, the Tenn. Department of Safety and Homeland Security (DSHS) and the Shelbyville Times-Gazette said today.”  Womack, whose comments have everyone scratching their heads, said, “We had one go off just down outside of Shelbyville. It’ll be two years this summer. Nobody knows about it — was in the paper. One day, in a column about that big in the Shelbyville Times. That EMP bomb — made off the internet, suitcase sized — wiped out a 5-mile radius of everything that was electronic. That means your cellphone, telephones, your electronic ignition on your cars, television — anything having to do with electronics is fried. That means there’s no communication. A terrorist attack would follow such an EMP blast.”  The reader must ask, “what does Womack have to gain by making such wayward com- ments?” Was it a local test?  Are authorities and media painting Womack as a loon and everyone directed to stonewall any validation of incident?

One response to “Was An EMP Bomb Detonated In Tennessee?”