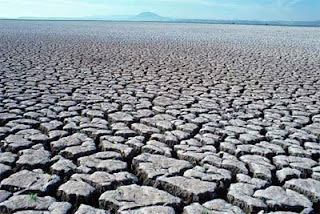 from cassandra anderson: Three primary tools used by the Globalists to implement Agenda 21's Sustainable Development, are the Endangered Species Act, water shortages and man-made global warming, according to Michael Shaw. California is already stitched up by the Cap & Trade state law (AB32), based on corrupt science coming out of the United Nations.

Last Spring the Department of Interior cut Central Valley Project water by 90% to the farms in the Central Valley, the breadbasket of America (providing 50% of America’s fruits, vegetables and nuts), based on the Endangered Species Act, claiming that the Delta Smelt were “threatened”.

The subagencies of the Department of Interior, which provided the dubious smelt endangered species biological opinion, are influenced by “scientific advisors” of the International Union for Conservation of Nature (IUCN). The IUCN was created by the United Nations - the same UN that brought us fraudulent man made global warming.

California was the 8th largest economy in the world and if the Globalists can tip this domino, imagine how quickly the other states will tumble. And what better way to bankrupt California than to produce a man made drought? By the way, the Central Valley Improvement Project Act of 1992, via the Endangered Species Act, decreased water delivery by 1.2 million acre feet of water, and now they are repeating their success, by restricting even more water.