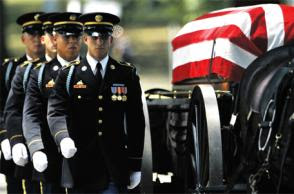 weekend war losses in afghanistan worst ever for US empire

from allgov: America’s elite Navy SEALs have again borne the worst of the Afghanistan war for the U.S. military, losing 22 commandoes on Saturday in the single deadliest day since the conflict began almost ten years ago... Most of the SEALS were part of Team 6, the same unit that killed Osama bin Laden. However, according to the Pentagon, none of the men killed over the weekend took part in the bin Laden raid. There is no way to confirm this because the U.S. has kept secret the names of the men involved in the bin Laden killing in order to protect them from direct retaliation.