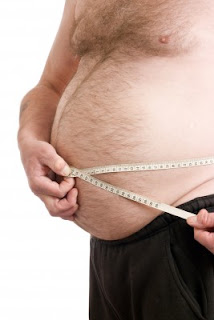 from greenmedinfo.com: New research confirms some of the basic tenets of the Wheat Belly, a book by Dr. William Davis, which argues that wheat avoidance results in healthy weight loss.

Published in Journal of Nutritional Biochemistry this month, and titled "Gluten-free diet reduces adiposity, inflammation and insulin resistance associated with the induction of PPAR-alpha and PPAR-gamma expression," researchers compared the effects of a gluten-based diet to a gluten-free diet in mice.

Mice were fed either a high-fat diet containing 4.5% gluten (Control) or no gluten (GF). Remarkably, they found that, relative to the gluten-fed mice, the gluten-free animals showed a reduction in body weight gain and adiposity, without changes in food intake or lipid excretion.

We interpret this to mean that the weight gain associated with wheat consumption has little to do with caloric content per se; rather, the gluten proteins (and likely wheat lectins) disrupt endocrine and exocrine processes within the body, as well as directly modulating nuclear gene expression, e.g. PPAR-α and γ, in such a way as to alter mammalian metabolism in the direction of weight gain.

Sometimes we forget that food is not simply a source of energy, or the material building blocks for the body, but a source of information as well. The way in which food directly interacts with the genes, gene expression, or gene product structure and function, is the object of study of the burgeoning new field of nutrigenomics. Wheat, like anything we attempt to use as food, contains both energy/matter and information that the body will use to maintain its genetic integrity or that may interfere with it.

Certain foods our bodies have had thousands, if not millions of years of adaptation to. Wheat, on the other hand, and particularly its modern permutation, is a biologically and evolutionarily novel new source of both energy/matter and information. In the same way that we have spent intense effort manipulating its genes through selective breeding and hybridization, it is in turn, intensely modifying our own gene expression and related biological pathways.