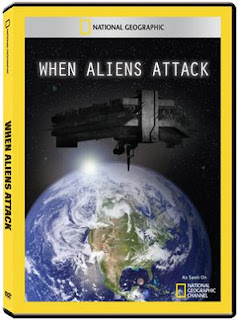 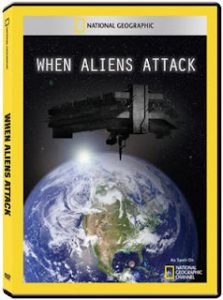 Australia's Today Show interviewed Paul Springer, a professor at the United States Air Force Air University recently about US military plans to counter an alien invasion. Has there been imminent invasion wave spotted? What have I missed? A Dateline Zero story covered interview, leaving impression contingency plans appear well-defined compared to just a few years ago. "...if the ‘Today’ report is any indication, things have moved forward in the past few years. Instead of vague ideas on how the U.S. Dept of Defense might respond to an alien invasion, the U.S. Military of 2012 has some very definite contingencies in place. They spoke with Professor Paul Springer from the U.S. Air Command and Staff College ....Adding a bit of dramatic flare to the story, Springer apparently had to get special government clearance to appear on the show." Springer supplied the common enemy message, echoing Ronald Reagan's words from the eighties, "'...many of the greatest civilizations in human history have been formed, basically, to counter a common enemy. When you look at the great world powers of the globe today, you find a lot of them formed because of the fear of a common enemy,'” says Springer. "When Aliens Attack," a 7 part video on You Tube, seems clearly a propaganda piece. Is Project Blue Beam in the air? You can get more info from a prior post on the faked alien invasion scenario! It appears on the agenda!