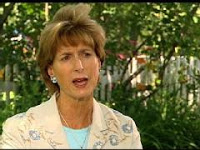 from wnbc: Former Secretary of the Environmental Protection Agency Christine Todd Whitman said Thursday that the Giuliani administration appeared to be more concerned with its image than the safety and speedy response of EPA employees in the wake of the 2001 anthrax scare.

Her comments came in an interview with WNBC.com's Brian Thompson at her Hunterdon County farm, where the former New Jersey governor also addressed criticism of the EPA's handling of health concerns at Ground Zero following the Sept. 11 attacks.

Her criticism of the Giuliani administration centered on the EPA's inspection of 30 Rockefeller Center after a letter containing anthrax arrived at the NBC building nearly six years ago.

While Mayor Rudolph Giuliani and then-New York City Police Commissioner Bernard Kerik were taking command of the scene, Whitman said the city would not allow the EPA inspectors to be seen entering 30 Rock in their hazmat suits. Instead, the city wanted a tent to be set up where they first could change into the gear hidden from public view.