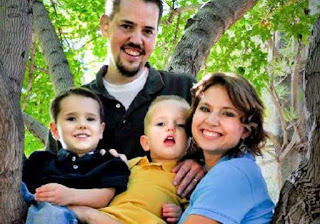 Facts mount Josh Powell was guilty of more than murdering his wife Susan in 2009, and two years later, taking his children's lives with his own in an explosion at a Graham,WA rental home.  Wikipedia entry for Disappearance of Susan Powell describes tragedy "... on February 5, 2012, Josh locked out the social worker, took a hatchet to his children, and killed himself and his children by setting his home on fire, using gasoline as an accelerant." The Powell tragedy is almost complete as the entire family is deceased. Yet, it seems, a grimmer degeneration lurks in darker circumstances that led to this end. A MSNBC.com article provides police impression rental home was staged, in attempt, to deceive Child Protective Services. Neighbors reported they never saw anyone there. Did Josh intend only a harmless deception to impress social worker, but instead, opted for a deadly escape of judgment? An ABC article reveals Powell changed beneficiaries to his siblings on insurance less than two months prior to taking his life. "Nine days later, both [Josh's siblings] Michael and Alina Powell contacted New York Life Insurance Co. to make a claim on the policies," adds article. Greed is common and relatives are quick to capitalize even on a family member's death, unfortunately. No, it's neither deception or greed that makes this story so dark! A growing suspicion grows other forces were behind Josh Powell? An article at KSL.com in Utah asks,"With mountain of evidence, why weren't charges filed against Josh Powell?"

There's an unusual observation by a prosecutor from another jurisdiction in KSL article. Pierce County prosecutor Mark Lindquist, where rental home was located, observed:

"Based on the facts we now know, I can say the case against Josh Powell for the murder of Susan Powell is one we would have charged," Pierce County prosecutor Mark Lindquist said Friday. "There is direct evidence, there is circumstantial evidence, there is motive, there is everything but a body."

Curiously, the article also reports, "...West Valley [Utah] police [where Susan disappeared] still weren't willing to call Josh Powell a suspect in his wife's disappearance and continue to call it a missing persons case after two murders and a suicide." Wow!

A Paul Drockton blog may offer a legal explanation if not a good one, "in Utah, a murder investigation must not include looking for Means, Motive, or Opportunity." Drockton shares his suspicion, "... which powerful Utah Mormons didn't want Josh Powell prosecuted and why. It might answer the question of why they sent his two sons back to his home to be murdered." In a second entry, Drockton asks, "Was Josh Powell Producing Child Porn?" The September, 2011 arrest of Steven Powell, Josh's father for voyeurism and child pornography as reported by ABC, is noted. Wikipedia adds discoveries about family during this period:

Also, adults having sex with children were discovered on Josh's computer during investigation, but somehow, didn't result in charges? Again, Drockton shares what he suspects:

"It seems that perversion was a multi-generational habit with the Powells. If Susan, grew weary or refused to be involved, it becomes easier to explain why she was either murdered or disappeared. If Josh Powell's two boys were sold...for sexual favors, then their murders were a necessary part of the clean-up."

This is one of the darkest realms: child trafficking. It seems evident, Josh Powell proved able to go extended period without legal intervention, an observation that hints at a protected operation? On a human level, it's very disappointing to live in a world where sexual drives overwhelm rational capacity! Further, offenders should simply be ashamed of themselves!