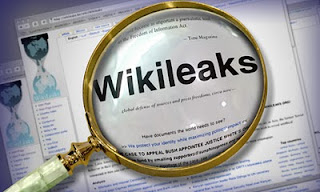 from threat level: For the second time in two years WikiLeaks announced it was suspending publication of secret documents due to financial difficulties.

The site has already failed to make good on months-old claims that it has a cache of new secrets to unleash, including internal documents from Bank of America, and the new announcement would postpone their publication even longer. WikiLeaks announced on Monday that it was halting publication because it was running out of cash and needed to focus on fundraising.

At the same time, the site announced that it planned to launch a new submission system on Nov. 28, a year after it began publishing a cache of more than 250,000 U.S. State Department cables. The site didn’t say how it planned to publish new submissions if it was experiencing financial problems.

”In order to reclaim the organization’s future survival, WikiLeaks is now forced to temporarily suspend its operations and move into a phase of fund-raising,” WikiLeaks founder Julian Assange said in a statement.

The announcement comes just days after Assange told an audience that his organization had sustained itself over the last 11 months solely on cash it had already raised from donations.