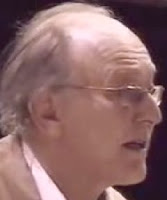 Michel Chossudovsky, a frequent contributor to Global Research.ca, writes an insightful examination of Wikileaks in recent article, "Who is Behind Wikileaks?" Chossudovsky identifies longstanding relationships at work behind the scenes such as The New York Times and the Rockefellers and The Economist in the UK with the Rothschild family. These background tidbits make for indispensible reading!

Chossudovsky points out, "from the outset, Wikileaks' geopolitical focus on 'oppressive regimes' in Eurasia and the Middle East was 'appealing' to America's elites..." The Canadian writer advises readers to make note of the Wikileaks support network, which comes from established elite media outlets. "Wikileaks is not a typical alternative media initiative. The New York Times, the Guardian and Der Spiegel are directly involved in the editing and selection of leaked documents. The London Economist has also played an important role." Chossudovsky concludes, "all the Wiki-facts are selectively redacted, they are then 'analyzed' and interpreted by a media which serves the economic elites."

The most important point to take away from the Chossudovsky article, is his advice. "In turn, we must ensure that the campaign against Wikileaks in the U.S., using the 1917 Espionage Act, will not be utilized as a means to wage a campaign to control the internet. In this regard, we should also stand firm in preventing the prosecution of Julian Assange in the US." Wikileaks represents a new sophisticated level of propaganda or "manufactured dissent" to the writer. The glib, offhand manner Chossudovsky comfortably refers to relationships between the interests of economic elites and their media outlets, makes for an excellent education for most readers.